This past Fall Peer Advisor Chidera interviewed Professor Paul Vojta over Zoom and invited Math & Applied Math majors to attend and ask questions.   In case you missed it, I have transcribed their conversation below!     — Ashley Z, Peer Advisor 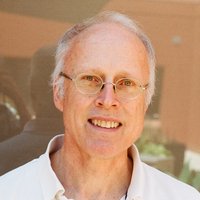 Q: Can you walk me through your math journey?

A:   Sure.  My parents moved when I was in Kindergarten, at the age of six. Every Saturday, we would go to a place that was kid-friendly, and it was special because we had the opportunity to win prizes. I remember one week the prize was very mathematical, something to do with numbers. I was very intrigued  by that, and I guess that was my first memory of math. Throughout the grades of one to six, I had the 15-puzzle. I was always trying to figure out why some of the arrangements were not possible, or seemed to be impossible. But I mean, I did not really have a concept of mathematical proofs at that time. I was trying to find a reason for it to be impossible, and never succeeded until I was just basically told the answer.

My parents would have all of us, the kids, doing workbooks, which were sometimes English and Math. My brother hated it, and I didn’t mind it. So I was always ahead of the grade with whatever we were doing in school. Later my parents dug up a college algebra book.  So I was looking at that and doing some of the problems. I remember trying to figure out multiplying two things, and whether there are place values in the values of the polynomials or not. But I also remember factoring numbers and also checking numbers, such as 56, factor 2, get 28, and factor 2 and so on. And then in eighth grade, I was still with my classmates in terms of math classes but I went to a combination of junior, senior high school. But anyway, there are not as many math contests as there are now. There was a high school exam, and I took that in the eighth grade, and I even beat the 12th graders. So I keep taking it and doing it better than them. In Minnesota, at least at the time, elementary school was K through 6, junior high school was seven through nine, and high school was 10 through 12. By far the highest score in schools, and in 11th grade they started having the high school math exam. That was the multiple choice one, they had the USA Math Olympiad with Math Olympiad type proof questions. I took it in 11th grade and did not score a national average, but took it again in 12th grade. I think I was fourth in the US and participated in the International Math Olympiad so I went off to receive a three-week training program at that time, and met with other kids who were familiar with the Hampshire math program etc. And I learned a lot more math, and I went to the International Math Olympiad in Burgas Bulgaria, and did very well on that. And then it was increasingly clear all along that I would major in math and get a PhD in math.

Q: Did you really enjoy math, or did you do it because you were good at it?

A: I enjoyed it, but maybe not as much as the other people. For example, Martin Gardner’s column in Scientific American. It just seemed a lot of messy math. Actually, in high school, I was also doing a lot of stuff on computers. They had just one computer room in the whole school, and it had three terminals. So I was programming things, and for example an expression, X squared plus 5 that can be plotted on the CRT. There were terminals at that time that could do graphics, but they were too pricey for high school to afford. And I did something that computed 2000 digits of Pi, and it would be running for several hours.

Q: If you did not do math, do you think you would have continued in computer science?

A: Yes in fact, at that time, I was undecided between math and computer science. I think I can say I sometimes enjoyed computers more because you type something in, and your program will work and get feedback. Doing math, there is less feedback because there may be a mistake. I took a few computer science programs, in undergraduate and graduate school. As an undergraduate, I also had a job and it was a computer place. One of the things that kind guides me towards math before I get PhD in 1983. Around that time, there was no Google, and you do not hear about people making big salaries, but instead you can find [discarded] matchbooks saying learn computer programs from Control Data Institute. So that was what steered me away from computer science. In graduate schools, the job market is very bad for math PhDs. With my admission to the graduate school, it included a notice saying that the job market is really bad. So that was about the graduate computer science courses. On the other hand, I sort of enjoyed different sort of challenges. I was applying to 35 schools when I graduated, such as Ohio State, and I was stressed out. I talked to a computer science professor. He mentioned that, when you do something for a living, that tends to be less fun. After January, all the application stuff was out, I discovered the analogy with Nevanlinna theory.  That was the time when I forgot CS.

A: In 10th grade, I enrolled in 11th grade math. 10th grade math is geometry.11th grade I took calculus, after discussion with the school and got quizzed on some stuff. There were only two students, not enough, so we took the bus to the neighboring high school and took calculus there. Sometime between 11th and 12th grade, I took some sophomore level math. I took physics at the University of Minnesota. Based on credits, I was a sophomore at that point. So I went through an undergrad in three years.

I did not do research at all in school, and was doing the Putman exam. Scores went from honorable mention, top 10, and top 5.

Q: For your doctorate degree, you went to Harvard. How did you find what your specific interests would be ?

A: Minnesota is a pretty much analysis school. I took a lot of analysis courses. I had an inspiration, that music would become digital. I wanted to figure out things behind that. But on the other hand, if you need to store a song, it would take large numbers of bits, too much space. So this idea was given up. By the time I went to graduate school, I was tired of analysis. Harvard was more of an algebra place. The two biggest fields were algebraic geometry and number theory, so it was a matter of deciding between these two.

Q: What kind of work do you do currently?

A: I’ve been working a lot on ABC conjecture, but nobody knows how to prove my conjecture. The observation that number theory and Nevanlinna theory is very similar, although observed before, but can drill down and be made very precisely. Complex analytic functions, also called holomorphic functions. In Nevanlinna theory, you have derivatives, that is what makes analytic functions analytic. But in number theory, the first thing when you do to take a derivative of an integer is which calculus called the derivative of a constant is 0. In terms of what I do, I tried to prove things, various special cases of my conjecture.

Q: What is your favorite part of the career?

A: When I prove a big theorem, that is exciting.  I also like to go to conferences.

Q: What would you say is the most challenging part of the journey?

A: Trying to not make mistakes in proofs. There are two things that I do, one is when I write something down, I need to make clear what is proved, as opposed to what extent it is hypothesis. The other one was for a while I would play Minesweeper. As the name suggests, if you make a mistake, then it is over. Currently I play sudoku, and I found that my research seems to go better.

Q: What do you do in your free time?

A: Before the pandemic hit, I would go to the gym up to three times a week, go dancing, west coast swing, go to church. I read books– novels, and some political things.

Q: You mentioned west coast swing. How long have you done that for?

A: I started dancing in graduate school, and stopped for a long time, resumed in 2003.

Q: What is the talent that you have surprised people?

A: I can make cricket sounds